“Overall conditions have trended in favour of buyers in our marketplace in recent months,” Eugen Klein, REBGV president said. “This means buyers are facing less competition and have more selection to choose from compared to earlier in the year.”

At 18,493, the total number of residential property listings on the MLS® increased 22 percent from this time last year and increased 3.7 percent compared to May 2012.

“Today, our sales-to-active-listings ratio sits at 13 percent, which puts us in the lower end of a balanced market. This ratio has been declining in our market since March when it was 19 percent,” Klein said.

The MLSLink® Housing Price Index (HPI) composite benchmark price for all residential properties in Greater Vancouver over the last 12 months has increased 1.7 percent and declined 0.7 percent compared to last month. 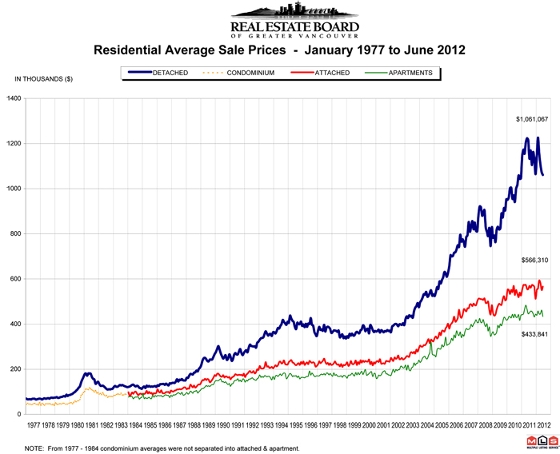