VANCOUVER, B.C. – April 3, 2013 – Lower levels of both supply and demand in recent months are holding home prices in check in the Greater Vancouver housing market.

Last month’s sales were the second lowest March total in the region since 2001 and 30.2 percent below the 10-year sales average for the month.

“While home sales were below what’s typical for March, we are seeing more balance between the number of sales and listings on the market in the last two months, which is having a stabilizing impact on home prices,” Sandra Wyant, REBGV president said.

The sales-to-active-listings ratio currently sits at 15.2 percent in Greater Vancouver, a three percent increase from last month. This is the first time this ratio has been above 15 percent since May 2012.

New listings for detached, attached and apartment properties in Greater Vancouver totalled 4,839 in March. This represents a 17.2 percent decline compared to the 5,843 new listings reported in March 2012 and a 0.1 percent increase from the 4,833 new listings in February of this year. Last month’s new listing count was 14.4 percent below the region’s 10-year new listing average for the month.

These reduced tax rates apply to transactions payable on or after April 1. 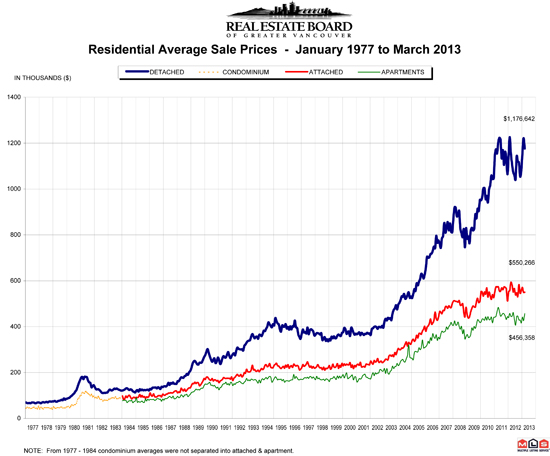