The sales-to-active-listings ratio currently sits at 19.7 percent in Greater Vancouver, which is the highest this measure has been since June 2011.

“We saw steady increases in home seller and buyer activity in April, which is typically the case in the spring months,” Ray Harris, REBGV president said. “People often look to buy or sell their home this time of year as the school year draws to a close and the summer holiday season is still a few months away,” Harris said.

The total number of properties currently listed for sale on the MLS® system in Greater Vancouver is 15,515, a 7.3 percent decline compared to April 2013 and a 7.2 percent increase compared to March 2014.

“Home prices in the region continue to show steady, yet modest, increases when compared to last year,” Harris said.

The MLS® Home Price Index composite benchmark price for all residential properties in Metro Vancouver is currently $619,000. This represents a 3.6 percent increase compared to April 2013. 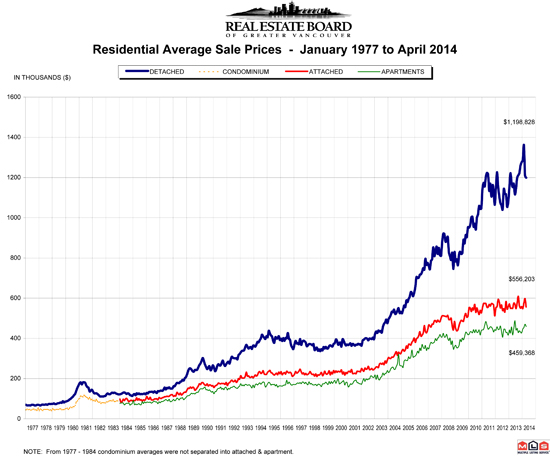